What is cervical cancer?

It’s a cancer that starts in the cells lining the cervix, triggered by cell changes usually caused by the human papillomavirus (HPV). 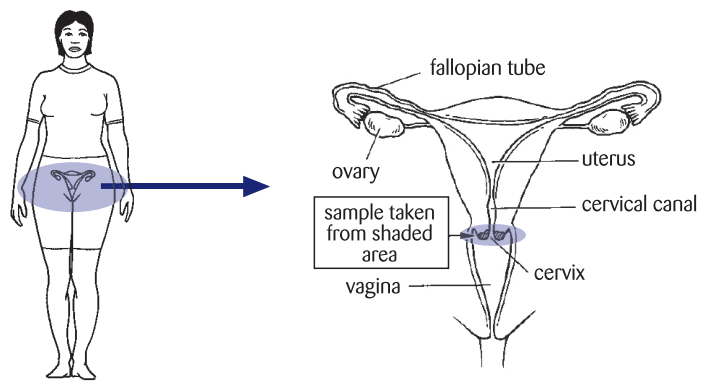 Most cervical cancer usually takes more than 10 years to develop.

The cell changes caused by the HPV infection may return to normal by themselves, but in a small number of cases they develop into cancer if left untreated.

It’s impossible to tell which abnormal cells will return to normal, and which may go on to become cancer. That’s why regular screening tests are so important.

The two main types of cervical cancer are:

Squamous cell cancer is found in about 80% of cases, and glandular in 15%.

Visit your doctor or nurse if you do notice anything unusual, like:

It’s rare for these symptoms to indicate cancer – but it’s still important to get them checked out by a health professional. Ignoring symptoms may allow the cancer to grow to a more advanced stage and lower your chance for successful treatment.

Along with cervical cancer, there are also four other types of gynaecological cancers: ovarian, uterine, vulval and vaginal cancer, which are currently not screened for. You can learn more about other types of cancers on Te Aho o Te Kahu’s website & TalkPeach.

What you need to know about cervical screening at different alert levels. Find out more.

Order or download more information about cervical testing, in English and other languages. Cervical screening resources.